Why We Do Not Use Creativity

It is no surprise that many of our blogs have been about the technicalities and trends in the video advertising industry.

That was the point of this whole ‘guru’ thing. However, to change our gears for at least a few strokes, we’d like to talk about something else. It’s something that we’ve seen thrown around on the internet and something that we think is not understood properly and that’s creativity. 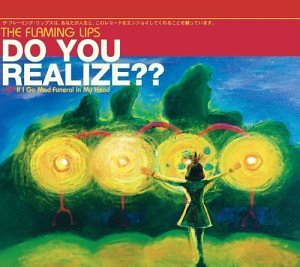 (The Flaming Lips had some terrible albums. But then again, some historically awesome ones.)

You can call it ‘thinking outside the box‘, or ‘taking risks‘, or ‘being creativity‘ but it all means the same thing.

Can we address old problems with new solutions?

The more we look at this problem and the more disparaging it seems. Lots of times, people are throwing out the same ideas as those around them and that causes content to be recycled. It’s not to say I don’t do the same. It’s a baseline, you know what you’ll get, and most of all, it’s safe. It’s easy to fall into that trap out content. Whether that’s in how you present, or how you write scripts, or how you communicate, there is much comfort in being passive

Well, I think the reason is that we all fear failure. Taking gambles are hard – whether that’s asking a pretty girl out, or doing something unique in a Powerpoint presentation – you don’t know how other people are going to receive it and it’s best to just play it safe. To stay in that comfort zone.

While this may be the case back in the day, I want us to recognize that we are indeed in a new era of business. We all know the emphasis successful companies are putting in corporate culture. Places like Google, Apple, Netflix, Facebook, etc are encouraging failure and taking chances and all that happy great stuff.

Photo by Caleb Jones on Unsplash

1) Nobody knows what they’re doing

Just as you’ve realized as you’ve grown up, adults are no magical being. They just figure things out along the way and act the part and hope no one will call them out on it.

The same goes for businesses. No one really knows how the future of video advertising or technology will go. The fancy smancy people who made millions at Dell sure don’t know. Bill Gates doesn’t know. No one does and there is opportunity for anyone. As long as it works. And what will work isn’t what works now. So just your brain. Think things through with logic and information. There’s roads to blaze.

2) We all appreciate creativity

Once you realize that people enjoy seeing creative things because we are all sick of the same routine, your eyes could change. Do you like sitting through boring presentations where people are spouting off things you know is BS? Is it enjoyable to watch people use the same ideas over and over again?

If no, do you think you’re such a special snowflake in this robotic world that you’re the only one who feels that one? Chances are, no one enjoys it and yet no one is brave (or jerky) enough to call others out. And so we continue this mundane ride on the same-as-yesterday carousel. Nothing changes except the dates on the calendar.

Do something you would enjoy. If you need to write a corporate video script, make one that you will enjoy if you saw it at a business conference. It doesn’t need to be radical, you don’t need to be Tarantino. Just try to make it a little more fun, a little unique, embed something, however small, special into it. Add your mark.

So give us what we really want.